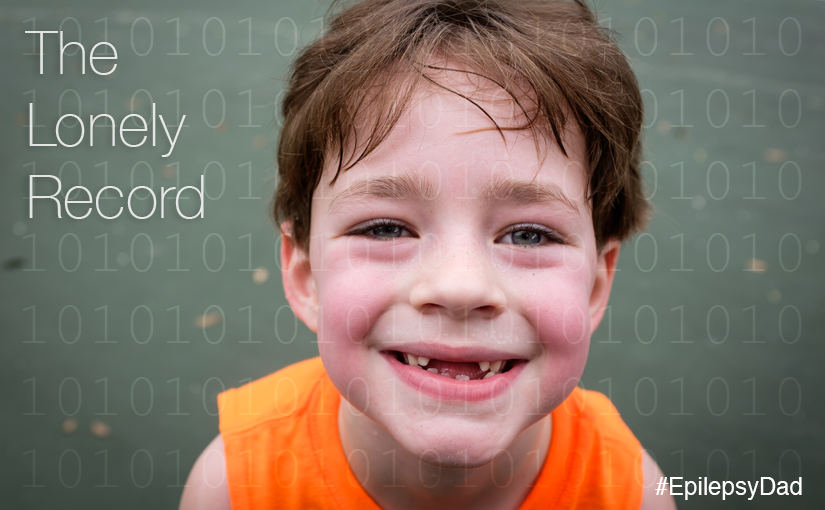 Somewhere in a cluster of servers in windowless rooms spread around the world, there is a Great Machine. On that machine, there lives a database. In that database, there is a table, and in that table, there is a record about my son. The 1s and 0s in that record contain an anonymous listing of a six-year-old boy. Those bits and bytes also contain data of expressed genes captured during an exome sequencing.

In the same database, there are records of thousands of other children that have had their exome sequenced, too. Each individual record has at least one common attribute with all the other records…the child that the record represents has epilepsy.

The goal of the exome sequencing is to identify one of the known genetic variations that is known to cause seizures. If that happens, patients can benefit from those that came before. A potential treatment plan identified by other patients with the same genetic condition might provide a more targeted approach for the newly matched patient. It might also offer some insight in to prognosis. For better or worse, it may at least give some answers.

For the new records that are placed in to the database that are not matched to a known genetic cause, they sit unattached and alone. These records lack causation and, in their unjoined state, they also lack correlation. There are no patients that came before, no best practices or lessons learned. There is no prognosis. There are no answers.

Every six months, the Great Machine tries to use new discoveries, new cases, to find patterns that were previously unseen or unknowable. It calls out to each record, looking to find those that it may bestow the gift of correlation. For most, there is no correlation, no gift, and they return to their lonely state until they are once again called upon.

Maybe someday, my son’s record will find a partner. A commonality between another record in a database. A non-uniqueness in the universe. In all likelihood, the result of a match will not produce a cause for the seizures. It may, however, start to provide correlation between cases that can be studied further.

To a lonely record, it’s at least something.