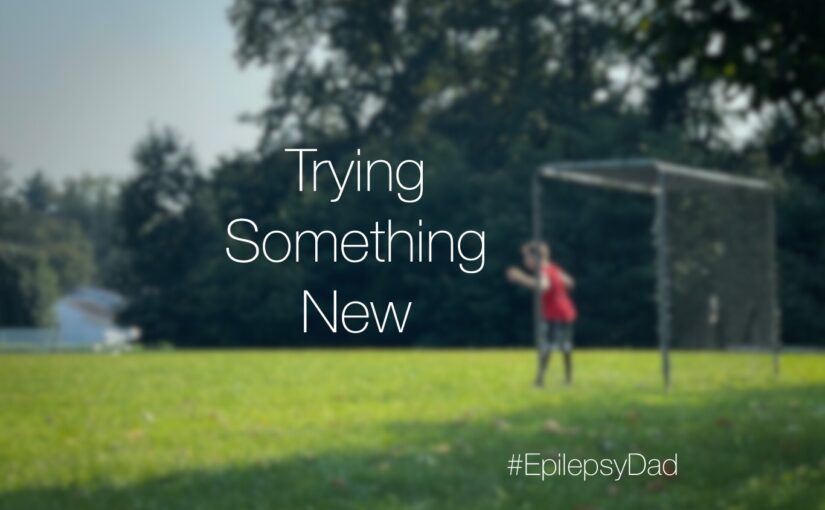 Shortly before the year started at my son’s new school, we received an e-mail announcing that they were recruiting for their soccer team. When we mentioned it to our son, he was excited, so we signed him up.

On the first day of practice, I took my last meetings from the bleachers to check in on my son. Soccer practice was after a full day of school, which was also something new for him, so I wanted to make sure that he wouldn’t push himself past the point of exhaustion.

The team was a mix of kids who had never played soccer before alongside seasoned veterans who ran circles around the other kids. My son was in the former category. I could tell there was a lot of new information being thrown at him, but he hung in there. When practice was over, I gave him a high five, and we headed home.

That night, as I was putting my son to bed, we talked more about his day. When the topic of soccer came up, he said he was excited but also very tired, adding, “maybe I’ll skip soccer tomorrow.”

As we talked more, it was obvious that the full day of school and soccer practice was physical and mentally draining, but there was more to it. Soccer was something new, too, and he wasn’t good at it yet. He was feeling nervous and insecure, especially since one of his friends on the team was much better than my son.

It’s easy to get excited about something new. Still, sometimes that excitement only carries you up to the point where you have to do the new thing: signing up for a new activity like soccer, moving to a new location, or changing jobs. But when you are standing on the side of the field, about to put in an offer on a new home, or reading a job offer, that’s when the fear and uncertainty creep in.

Those voices in our heads that question our choices and our worthiness get louder as we get closer to acting on that excitement. They thrive in uncertainty and fill in the gaps between what we know and what we don’t know yet with stories of fear and doubt. They don’t want us to put ourselves out there. They don’t want us to fail. They want to keep us safe. But they can also keep us from something better.

I look at my own life and how many times I was afraid to start something new. I think about the experiences I would have missed out on had I not taken the next step.

I shared with my son stories of when I was afraid or uncertain. I told him how I was nervous when I joined the Army, and the first time I played drop-in hockey in the city, even though I didn’t know anyone. I told him about getting on stage to give a presentation, and how I still get nervous when writing a post for this blog. I told him how I wasn’t sure that I could do any of those things, just like he wasn’t sure about soccer. But, especially when it is something that you want to do, sometimes the hardest thing is taking that next step.

Not everything went the way I thought it would or wanted it to, but I can look back and be proud that I took that next step. I can be grateful for the experiences that I’ve had. And I can use those experiences as a catalyst the next time I face uncertainty, insecurity, and doubt.

“Let’s see how you feel in the morning,” I said. “We shouldn’t make any decisions when we’re this tired.”

“OK, daddy,” he replied and turned to the side and closed his eyes.

The following day, he came down for breakfast, already dressed and ready for school.

“Good morning, daddy,” he said, pointing at his socks. “These are soccer socks because they are long like soccer players wear.”

“I see that,” I said. “How are you feeling about playing today?”

“I’m excited,” he replied. “I think I was just tired last night and a little nervous, but I’m ready to get on the field!”

He sailed through the next few practices and now spends time between practice kicking the ball in the yard. He also learned that one of his friends in the neighborhood was on a soccer team and picked up a few tips from him.

He got through that initial fear and found a new activity that he enjoys doing. Not every story will have such a happy ending, but he would never have known unless he took that next step.

I am so proud of my boy.