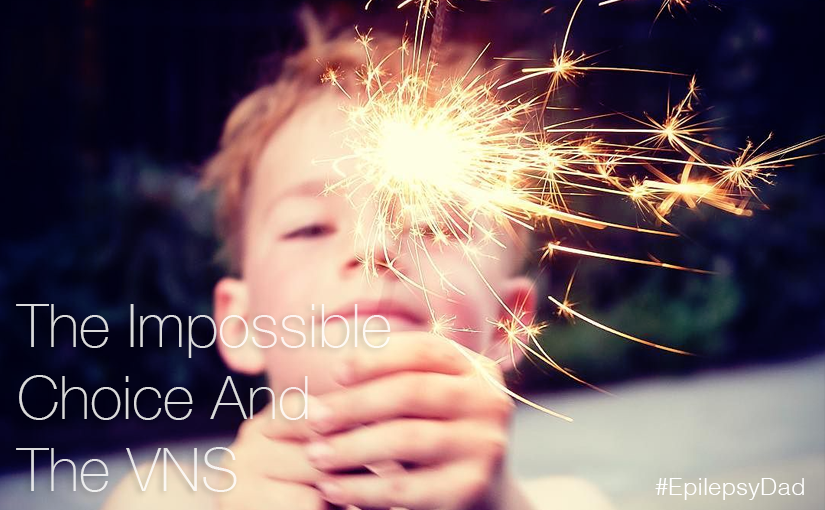 There are still days when I think that this is all temporary and that my son will someday outgrow his condition. The medicine, and the side effects, and the diet are all short-term measures that we are only doing until his brain sorts itself out, and then we can stop them altogether. These inconvenient years can become a distant memory.

Holding on to that fantasy is partly what made me reluctant to agree to VNS surgery for my son. Vagus nerve stimulation (VNS) is a technique used to treat epilepsy that involves implanting a pacemaker-like device that generates pulses of electricity to stimulate the vagus nerve. In theory, this stimulation can be tuned to disrupt my son’s brain’s bad habit of firing all its neurons at the same time in uncontrolled bursts, which is what causes a seizure.

There is a sliding scale of expectations with the VNS. Best case, it helps manage his seizures and we can revisit his medications and the ketogenic diet. Next best case, it helps regulate the break-through seizures he is still having. Worst case is the same worst case as every new treatment we try…nothing happens. Except, of course, for a list of new risks and side effects, both from the surgery and from the stimulation. Tingling, numbing, an altered voice, headaches, difficulty swallowing or breathing, just to name a few. 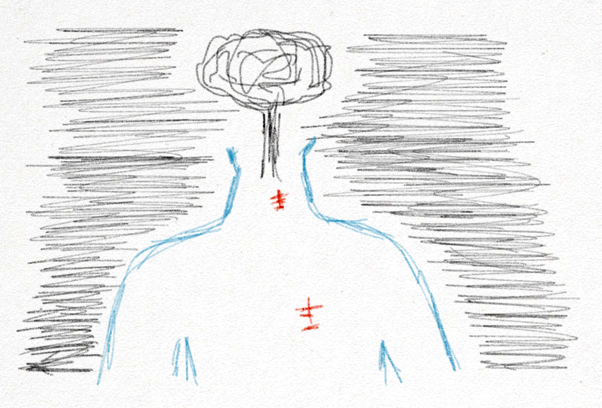 But it wasn’t just the risks that made the decision difficult. The surgery feels more permanent. They’re going to cut in to my son and insert a box with tiny wires wrapping around a nerve that leads to his brain. Once they cut him, he cannot be uncut. Even if we remove the box and wires because the seizures do go away some day or because it doesn’t work, he will have a scar to remind him of the hardships that he had to endure at such a young age. There will be no room for denial or pretending that none of this happened.

Because it is happening. 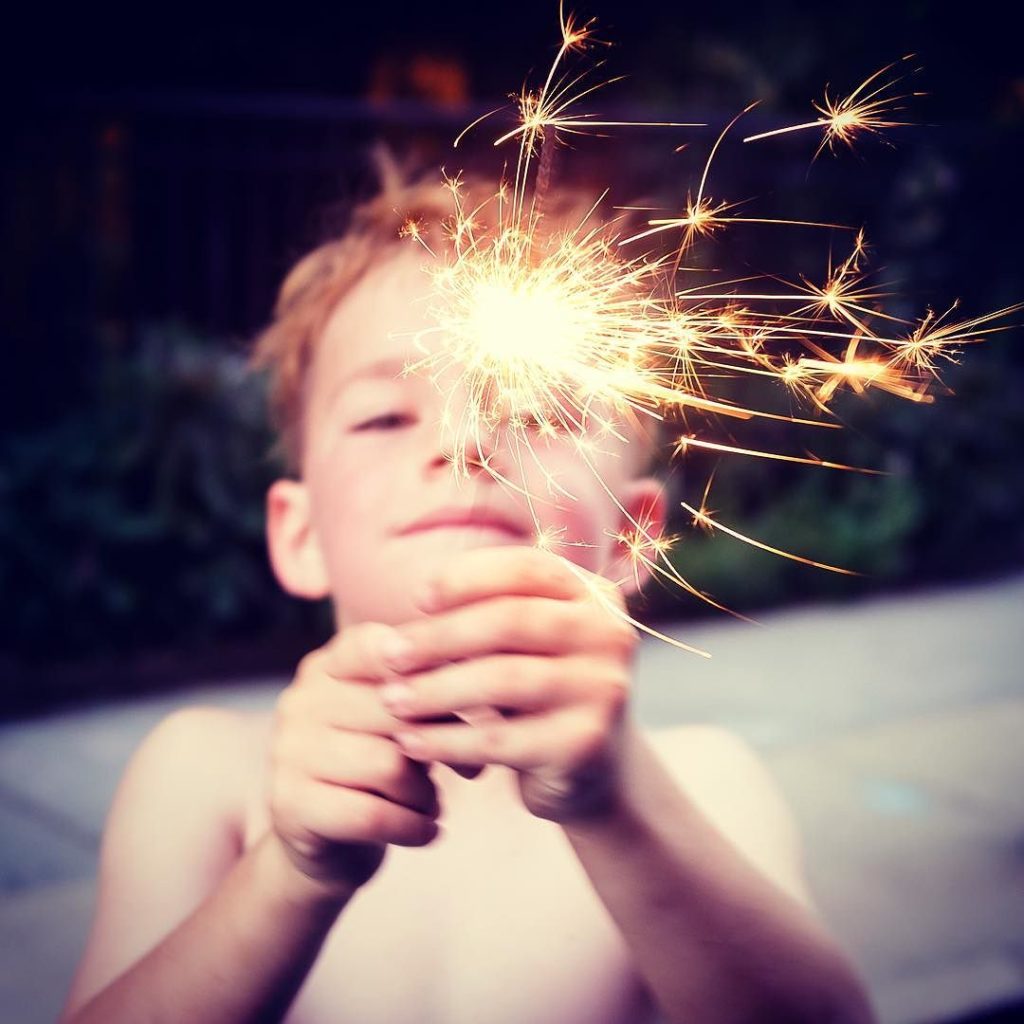 In the end, that has to be enough. To keep hoping for a better life and to keep trying things, even following failure after failure. Accepting the idea and agreeing to the surgery is another in a long list of impossible choices.

We scheduled the surgery, but I wake up every day wanting to call it off. To keep my son whole. Time and his condition, however, are quickly taking aware that option. 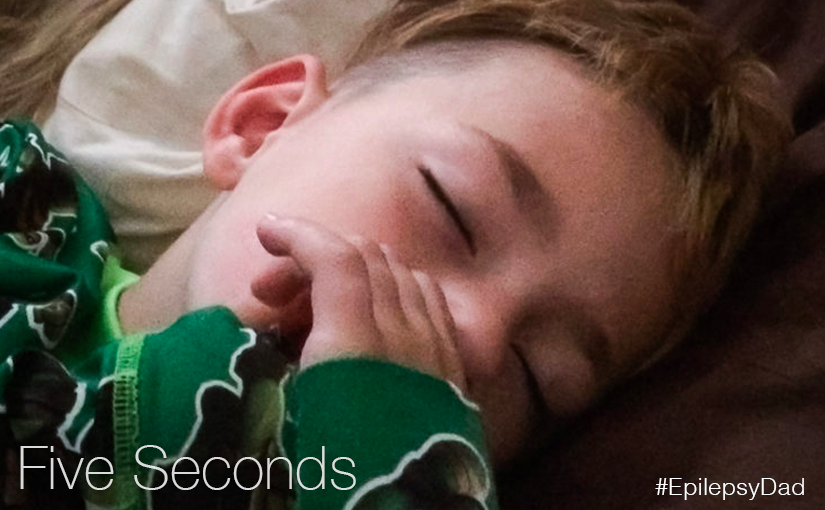 They come in the early morning. Just as the sky is starting to lighten but hours before any of us want to be awake, these unwelcome visitors start as a misfiring in my son’s brain before traveling through his body and entering our world.

His seizures come like rolling waves. The first wave is long and drawn-out. It serves as the siren, alerting us . His body stiffens, his lungs slowly expel their content in a low, distinct moan. I wake up, roll over, put my hand on his chest, and tell him that it’s going to be okay.

A series of shorter waves come next. His body loosens slightly, then tenses again with a grunt. The cadence of the waves becomes steady beneath my hand.

I sit up, rubbing the sleep from my eyes. They adjust to the dark and I can see my son’s body convulse. His eyes flutter, matching the timing of the repeating pattern of his body.

My perception of time goes awry. A few seconds have passed, but the agony that I feel acts as a multiplier and those seconds feel like forever. I have time to wonder whether these seizures will end soon or whether they will keep their tormenting hold on my little boy. There are no signs, no clues to help me predict the size of the storm. The only thing to do is to wait and to keep counting.

The waves elongate slightly and are less intense, which gratefully means the end is near. I start to rub my son’s chest again and reassure him. I want my voice to be the first thing he hears. I want to give him a safe place to return.

The seizures release their grasp on my son and his lungs fill violently with air as he desperately inhales. He sits up in bed, trying to get his bearings. He’s teetering between sleep and the unwanted awakening that his firing neurons have forced upon him.

I continue to watch him as the waves dissipate. Sometimes he simply turns over and falls back asleep. I like those times the best because its like he rides the waves of seizures safely back to shore. Other times, the waves crash his tiny frame in to the rocks. He cries and it breaks my heart even more. 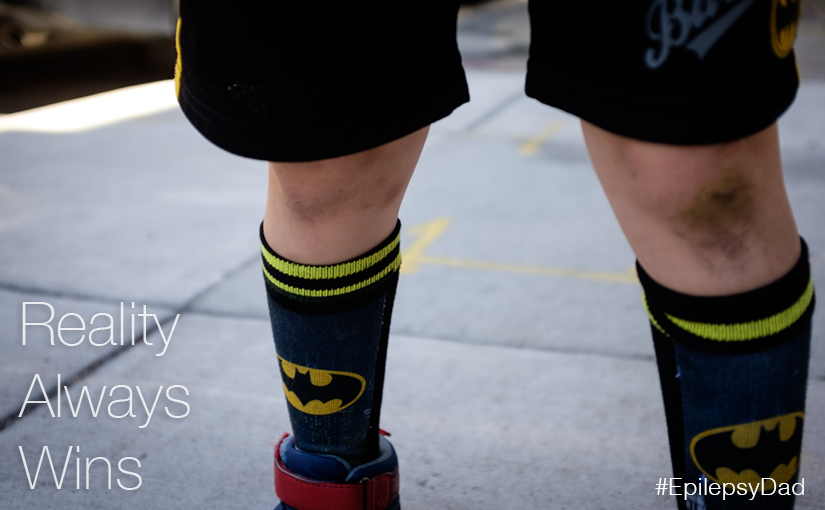 It’s easy to let denial take the lead. If we make it a day or a week without any seizures, it’s easy to let what is happening to my son fall to the back of my mind. There are moments when I let myself believe that we made it through it, that we figured it out and that the seizures are gone. Even if it’s just for a moment or an hour or a morning, I welcome the ignorant bliss that denial carries with it and pretend that this is not happening to my son.

The problem with denial, though, is that it doesn’t last forever. 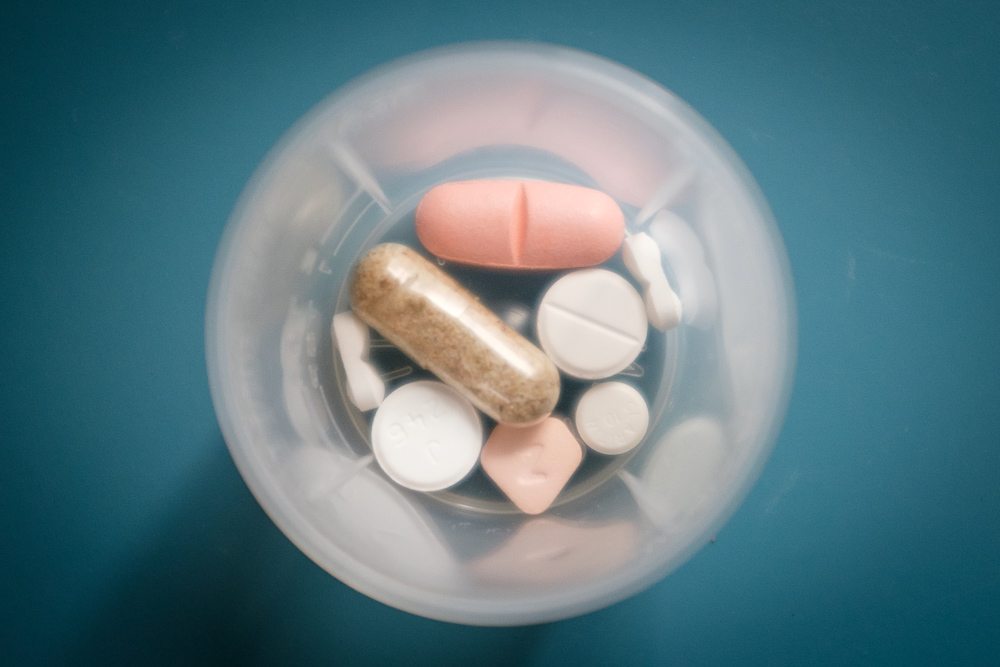 Even without seizures, there are daily reminders that destroy the illusion. There are the pills that fill his tiny hands each morning and night that try to keep the seizures at bay. There is the diet that wreaks havoc on his body and takes away his freedom to enjoy the terribly delicious food that other kids take for granted. There are the behavior and attention issues that come with his condition and the side effects of his medication. There are the days when his balance is off, and when he falls a lot…a glance at his constantly bruised shins serve as his battle scars. 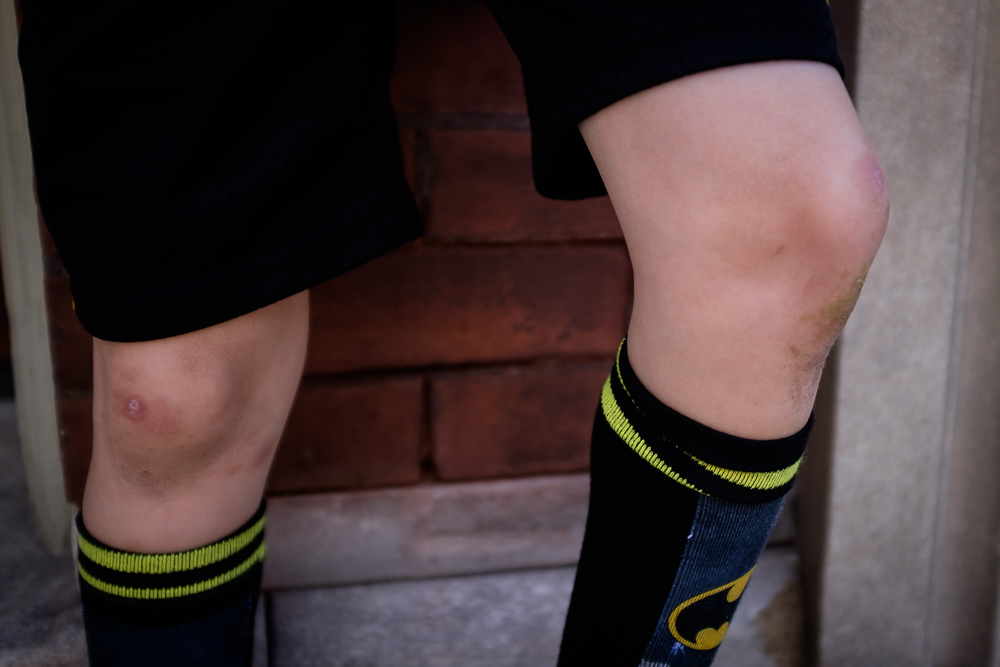 It’s hard to be in denial when you’re confronted with the effects of epilepsy and seizures every day. Ignoring these effects or simply wishing that things were different isn’t enough to keep reality from bleeding in to the fantasy. No matter how hard I try to keep it afloat, this denial bubble always bursts and sends me crashing back to earth. My shins are bruised, too, from bending over to pick him up off the ground. My heart is bruised from watching this happen to my sweet, innocent, and special boy.

The problem with denial is that it doesn’t last forever.

The problem with denial is that it doesn’t last forever. Reality always wins.