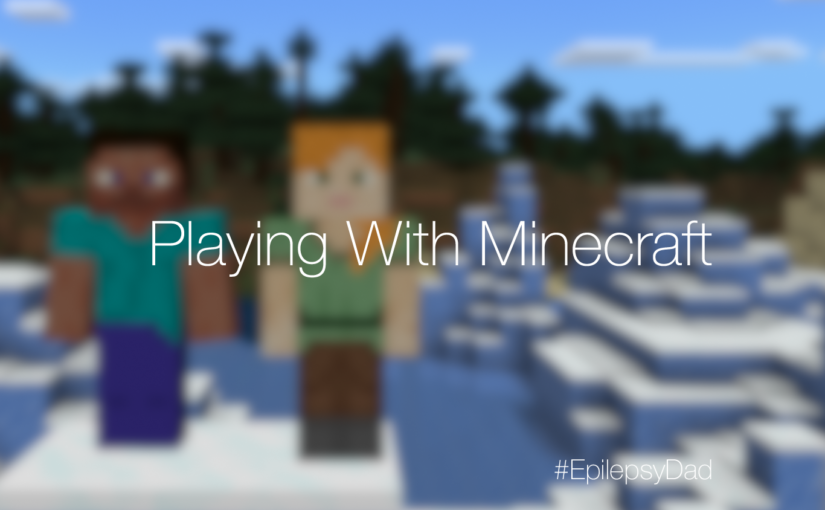 “Daddy, watch this,” my son said. We were sitting next to each other on the couch, and he turned his iPad to face me. I looked over and saw a house made from square blocks of wood, stone, and glass. He moved his equally blocky character closer to the door and taped the screen. I heard the chime of a doorbell, and my son smiled.

The world of Minecraft.

We introduced him to the game a few years ago. Between his love of Lego and other video games, I was sure it would stick, but it never did. He couldn’t articulate why, but I suspected it was because of the game’s open-ended nature. With Lego, there is a plan. With Fortnite or a sports game, there is a goal, and there are rules. With Minecraft, a player has to come up with rules and goals on their own, and I think that was challenging for him.

Then, a few months ago, I noticed him watching YouTube videos about Minecraft. He would borrow my iPad to watch videos on it while he played the game on his device. He started to show me what he was building: hockey rinks, and skyscrapers, and elaborate homes with secret passages and trap doors. These creations would sometimes take hours to make, but he was into it.

One day, we were figuring out how to connect to the same Minecraft world so that he could play online with friends. Once my character appeared in his world, he asked if he could show me around.

“That’s iron ore, ” he replied. Then he built a furnace, and he showed me how to melt the ore down into ingots. We used the ingots to craft other items like pickaxes and swords. It was very involved, but he knew the recipes. He knew the materials, the creatures, and the mechanics.

I could see how proud of himself he was. He was the expert, and he was teaching me. So much of our life is the other way around. We have to remind him of basic things. Sequencing, processing, and retention continue to be a struggle. Even in Minecraft, he forgot some of the words. But it was reassuring to see that, with enough repetition, he could learn things well enough to be able to teach them to me.

I didn’t realize how badly I needed to be reassured. Even though we’ve made positive changes in the last few months with the new house and the new school, the tests show regression. I can see other signs in him that some things are getting harder, too. I’m supposed to help him, but I feel helpless. I’m supposed to protect him, but I can’t protect him from this.

But these moments we have where I see that look on his face fills my heart with joy. I know my love, my time, and my presence are what I can give him and what he needs from me. That is what will carry us through good times and bad. That is how I help, whether it is in person or in digital form in a world of his creation.

“There, ” he said. My character stood in front of his, fully armored and with a sword and shield. “Now, we are ready for The Nether.”

“What’s The Nether?” I asked nervously.

He smiled. “Don’t be scared, daddy. I’ll protect you.”

One thought on “Playing with Minecraft”