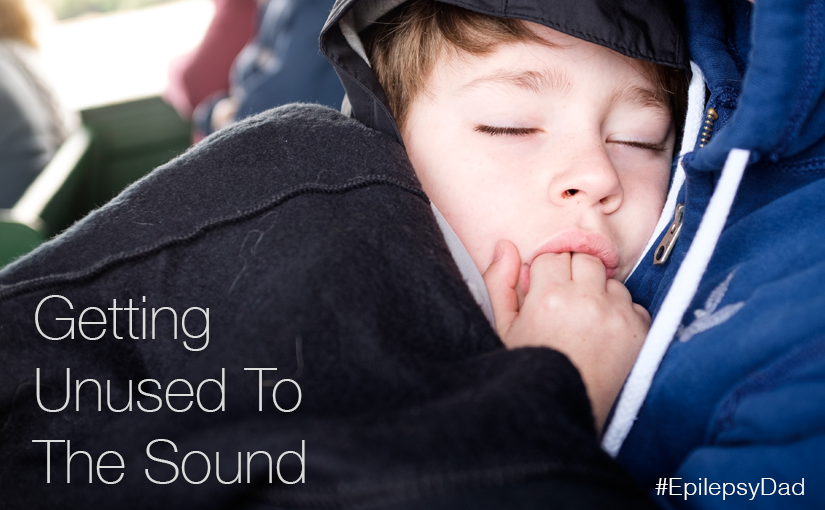 We’ve lived almost every day of the last two and half years with the sound of my son having a seizure. Usually, in the early morning, the distinctive sound my son creates as his body tenses and contorts echoes through the halls until it reaches my ears and stirs me from my sleep. For two and a half years I have been on guard, listening for that sound that served as an alarm calling in the dark. I’ve spent most nights periodically waking to watch and listen to the video monitor. This has been our routine. This has been our life.
When his seizures started, I would rush to his room with every seizure and lay with him until he fell back to sleep. Sometimes I would catch another seizure when it started. It was somehow comforting being there with him when they happened, from beginning to end. To hold him, to rub his head, and to let him know that I was there and that it would be over soon and that he would be okay.
As time went on, my son started putting himself back to sleep before I could reach him. I started watching the monitor as he came out of a seizure to see if he needed me. More and more, he would simply turn over, pull the blankets back up to cover his body and fall back to sleep. As much as I liked being there with him during a seizure, the new arrangement gave me a few extra minutes of sleep.
In the last month, we’ve also been able to string together (we think) a few seizure-free days in a row. I say “we think” because some of his are so short that they are easy to miss, especially in the middle of the night. But on a few of those nights, he was with us and he did not seize. He even had his first seizure-free week since they began.
I felt like we turned a corner. We made the most recent change to his medications a few weeks before those seizure-free days and I almost let myself believe we had solved the riddle. But then my son got sick and we were again visited by our most unwelcome guest. He rides such a fine line between seizing and not that even a common cold can undo a streak.
Hearing seizures in the middle of the night had become such a part of our routine that, when they stopped, it was easy to fall into the trap of thinking that they were gone. I stopped thinking that a life without seizures was possible, but when we had a week without them, I was too quick to assume that they wouldn’t come back. I felt as if we had been lifted from this unforgiving place. When they did come back, I fell from such a great height that the impact nearly crushed my spirit.
As grateful as I was for those days without seizures, they tugged at my desperation. They opened me up at my seams and stuffed me with false hope before closing me off. Now I’m pulling at the stitches trying to free myself from unrealistic expectations.
The reality is that the sound of a seizure will be a part of our acoustic landscape as long as our son is living with us. Even if we see another stretch of seizure-free days, the threat of another will always be there. There is no escaping its reach, no getting unused to the sound. The only thing I can do is respond when the alarm sounds, which I will do whenever I am called.