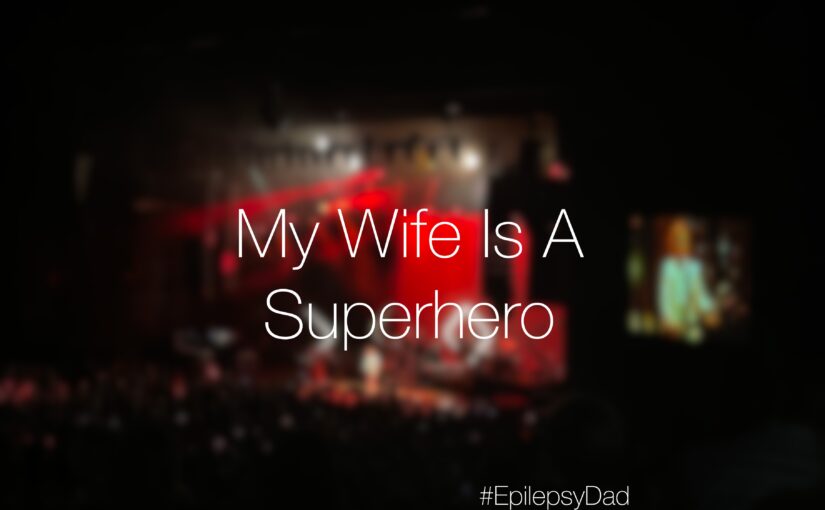 This summer, my wife and I attended a concert at an outdoor venue outside the city. It was a warm night, the sun beating down on us as we stood in line to enter.

I scanned the crowd. The energy was good. I noticed a family sitting on the ground towards the end of the line. I didn’t think much of it, other than that the lines must have gotten long enough to reach where they had decided to sit.

Moments later, there were screams.

I looked over and saw the father of that family lying on the ground. People started to pull away and a small circle formed, watching.

I turned to see, as everyone else was backing up, my wife dashing towards the sound.

Security arrived and started moving everyone back. Enough space cleared to see that the man was beginning to come around. My wife was on the ground with a young girl who was crying and calling for her dad and a young boy who stood frozen, watching as people arrived to attend to his father.

I watched as my wife comforted the children, surrounded by the commotion and chaos of the crowd, watching and whispering as the staff pushed them back. Eventually, the father was sitting up, and I could see that he was talking. A wheelchair arrived. The man made it into the chair, and a medic pushed him through security with his wife at his side. My wife followed, holding the hands of the two children as she continued to calm their distress.

The world needs more of that. We’re afraid to step in. We’re indifferent. We’re so eager to attack anyone in our space and to not accept help. We’re too selfish to be altruistic. We’re too polarized to have empathy for the “other.” Stories like this are anomalies, which is why they get so much attention when they happen. Kindness is so rare that stories and videos showing it are treated as curiosities, like catching sight of an endangered species.

I sometimes take it for granted that not everyone is capable of giving or receiving kindness and empathy. I see my wife’s example and how she instills that same kindness in our son. Because of her, I notice it in the other people in our lives, as well.

Maybe someone who saw my wife jump in will feel compelled to do the same the next time they see someone who needs help. Perhaps they’ll be inspired to demonstrate even a small act of compassion, understanding, and love. We are capable of such wonderful things, but without more empathy and kindness, we will eventually become the endangered species ourselves.

After we entered the venue, we grabbed some food and sat on the lawn that overlooked the city. People slowly strolled up the path past us to start finding their seats.

“There she is!” A familiar voice led my eyes to a little girl with her family in the distance who was pointing at my wife. Her face beamed as she waved. I saw the mother mouth “thank you” to my wife as they slowly made their way along the sidewalk. The father cast a glance of deep appreciation to my wife as they continued on their way. My wife waved back, and I could see her eyes water as she took a deep breath.

I know superheroes exist because I married one, but we need more of them. If we can find them, or if we can become them, maybe there is hope.