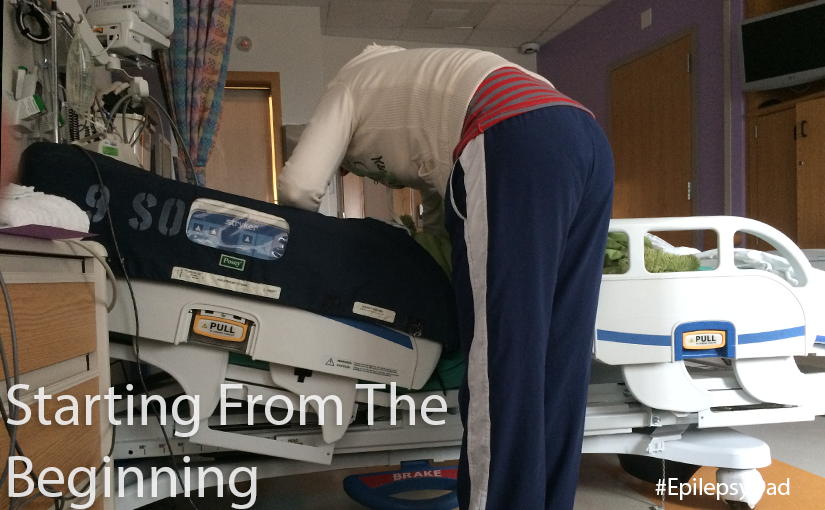 One of the truths about anyone new coming into our lives today is that they will never know how bad things were. Eventually, anyone that hangs around long enough will hear my son’s story. We will tell them how dark the times were and how sick my son got and how grateful we are to be where we are. But looking at my son today, it’s hard for most people to believe that things were that bad.

That disconnect feels isolating. It’s a reminder that there aren’t many people in our lives from that time. We were largely confined to the hospital after moving to a new city. The only people we knew were the medical staff, but they were transitory. We rarely saw any with regularity. Instead, we repeated my son’s history to every new face we saw. But they moved on and we stayed trapped in our world scared, desperate, and alone in the dark. Every day, every week, every month.

Sometimes, when you tell a story over and over again, it can dull the pain. The repetition has a numbing effect that makes it easier to deal with. But when you’re in the middle of it, that doesn’t work. Instead, it keeps the pain and the fear fresh and present. After months of unrelenting confrontation with our new reality, I wanted it to stop. I wanted one person, just one person, who I felt knew us, knew my son and could understand.

After a long string of random faces, my wish was finally answered. One neurologist started coming back through on rotation. Instead of repeating our son’s entire history each time, we could give her updates. She provided consistency and stability through our endlessly repeating days. I began to feel like I was talking to someone who understood what we were up against. Someone who knew how bad things were. She cared about us. Without those connections, it’s hard to imagine anyone fighting as hard as we were to not go back to that place. But she did. And for the last three years, we’ve had her at our side every step of the way.

We tell our son to be brave. To be grateful. To try to find the positive. And I am trying, but right now I just feel scared, and alone, and sad.

One thought on “Starting From The Beginning”