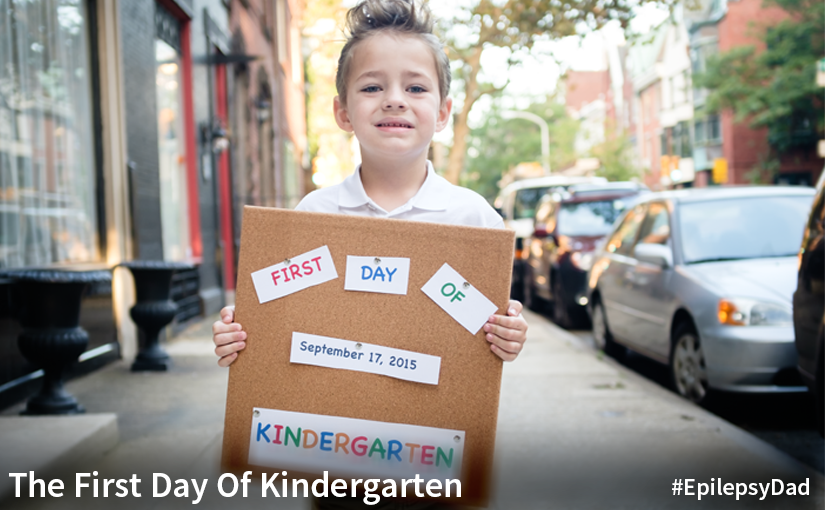 Last week, we had another happy milestone: the first day of kindergarten.

The week before, my wife, son, and I went in to meet his teacher for the first time. I left work and met my wife and son at the school…a big, square, old building with dark bricks and small windows. We walked through the tired playground, past the worn jungle gym, and up to the entrance in the back. I pulled the heavy door open, a door that showed much more wear up close, and we entered the lobby. The door landed heavy against the frame as it closed behind us, echoing against the painted cinder block walls of the empty school. We entered the front office to sign in. The dim fluorescent lights that hung overhead did little to brighten the dark brown walls and dark wooden furniture.

In Colorado, our son was in a new charter school, where everything was freshly painted, where the walls and the books and the toys were new and clean. When we came out to Philadelphia, he started in a bilingual French school that was small and tucked away on the first level of an office building, but that school was also relatively new. Those schools were everything that this school, an inner city public school, was not. But this school had one important thing going for it. It had the services that our son needed.

Our teacher came in to greet us in the office and brought us to her classroom. The special education teacher, who my wife had also spoken to on the phone, came to join us, as well. After a few minutes, the conversation went from pleasantries to epilepsy and our son’s history, and we could see his teacher start to tense up. She obviously didn’t get the message that my wife had sent giving her a heads-up, and she was slowly being squeezed by the overwhelming pressure that one of her twenty-eight students had such significant issues. Twenty eight kids with only one aide is daunting enough.

I took our son to the shelves of heavily used books and read while my wife filled in more of the story for the teachers.  We’re sensitive to have too many of those conversations while our son is listening. He could probably recite his history by himself, but there have been too many days when his epilepsy history is the only conversation people have about him, and it’s usually about him but not with him.

After a length discussion, his teacher looked less like she was ready to run away, and that was our cue to return. With the one-on-one assistance request, the shortened school day, and the other medical accommodations explained, and I led my son back to her desk. He reintroduced himself to his teacher, and she spent the next few minutes testing him on his kindergarten readiness…numbers, shapes, and letters. The overachiever, he read more letters and counted higher than she had asked him, although in all honesty, it was most likely because he has a hard time following directions, not because he was showing off. But she smiled and said that he was more than ready to start kindergarten.

When she said those words, it was hard to not be emotional. Since we moved to Philadelphia and since his seizures started, my son had probably only gone to school for a few months, scattered out around the times when he wasn’t seizing, or too sick, or in the hospital. He hadn’t gone long enough to develop many bonds, or to just be around other kids, or people who weren’t his parents or a doctor or nurse. In that moment, when his teacher said those words, there was hope…something that was so hard to hold on to in the last year. But here it was, back again, filling the room and my heart with possibility.

The night before his first day, my son was as excited as I had seen him in a while. We packed his clothes, supplies, and a keto lunch. Rightfully so, it took him longer to fall asleep, but he finally did and we weren’t far behind.

When he got up the next day, I was still at home so we made a big fuss, and a sign, and took some pictures. He was still tired…I’m not sure how much he actually slept the night before. 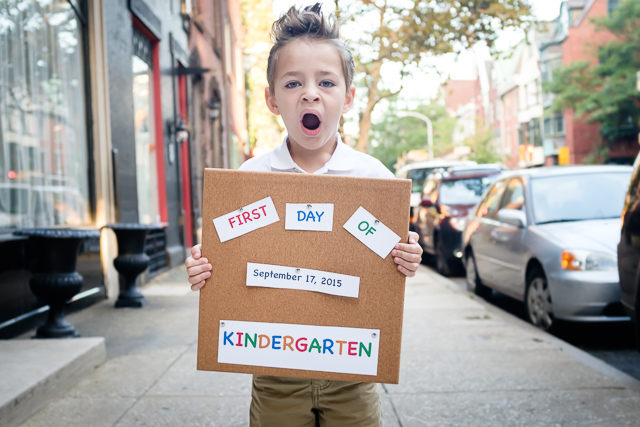 Probably because he was so tired, he had a seizure shortly after breakfast, something that would have rocked us only a few months ago, but he quickly recovered and went right back to getting ready. I had to head in for an early meeting, but I constantly checked my phone as my wife texted me the details of the drop-off and his excitement. He didn’t have any more seizures that morning, and he had lunch and recess with his classmates.

After recess, I was there to pick him up and take him home for his nap. As we started to leave the classroom, his teacher told the class that Junior was going home, and they all said goodbye to him as he left the classroom. “Bye,” he said. “See you tomorrow.” We headed out the door, down the dark, cinder block hallway, past the dim office, back through the heavy, brown doors and through the tired, aged playground. And the day could not have been any brighter. 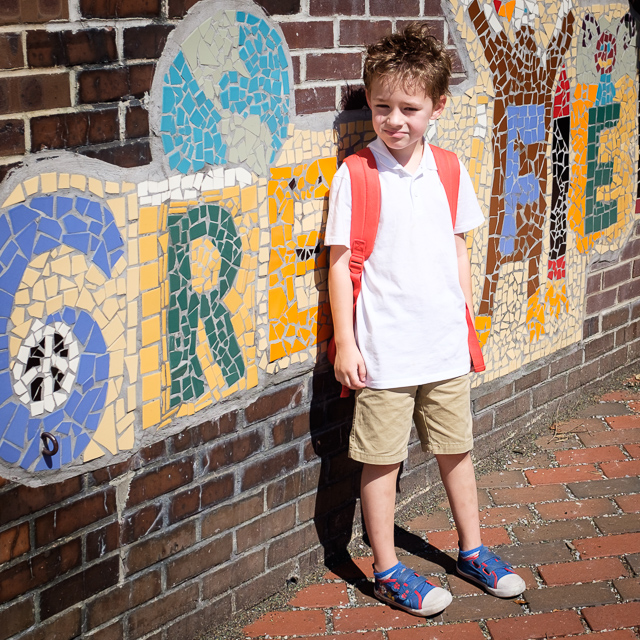