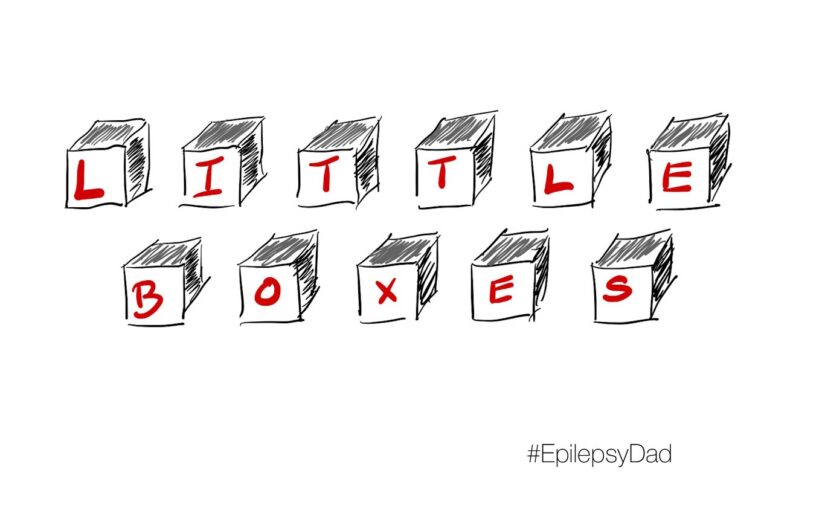 And the people in the houses
All went to the university
Where they were put in boxes
And they came out all the same
And there’s doctors and lawyers
And business executives
And they’re all made out of ticky tacky
And they all look just the same.

Fans of the TV series “Weeds” might recognize those lyrics from “Little Boxes” by Malvina Reynolds. That song plays in the back of my head every time I have a conversation about how my son struggles in school.

The systems we have in place aren’t designed for individual people. They are designed for boxes. These boxes are generalizations, collections of people who are enough alike to be treated all the same. Alike enough, but not exactly the same.

Generalizations make it easier for our brains to make decisions. Our ability to generalize is a useful skill when we need to make a decision quickly, such as deciding if the object in front of us is a threat. It serves a purpose and works well in many situations. But there are times when generalizing doesn’t work…when someone doesn’t fit cleanly into a category…that requires more intentional, deeper thinking.

But that takes work. It takes effort. It involves contemplating risk and feeling unsafe. As a result, as a society, we don’t do it enough. We certainly don’t do it enough when it comes to educating our children.

It’s clear, as we look for a school that is a better fit for him, that my son doesn’t fit into one of the boxes set up by our educational system. He’s not a traditional student. He’s doesn’t have just a learning disability, or just a behavior or attention disorder.

At many schools that we’ve talked to, they have boxes for those types of students. On the side of each of those boxes are instructions for what to do with the students inside. There is guidance on what to expect from them, how to teach them, and how to measure their progress.

We’ve spent the last seven years trying to fit our son into one of those boxes because that’s how the system is set up…it’s the only way that it knows. But each time, my son fell to the bottom of the box and was hidden behind the other children…the children who are better fits for those boxes and who the system knows how to handle.

When it was clear that my son didn’t fit into a box, the schools would remove some of the expectations from him that applied to the other students. By removing those expectations, he would look more like the other children and could stay in a box longer. Their goal was to keep him in one of the boxes they already had because it was easier than trying to figure out how to educate him as an individual.

But removing expectations had the opposite effect. Instead of helping him work his way back to the surface, it weighed him down. Eventually, he’d sink so deep into the box that he was invisible. It was up to my wife and I to reach down into the box to grab him and pull him out. But even then, that just meant we had to try a different box even though we know that there isn’t one that he belongs in.

Because he’s not the same. He’s one in 7 billion.

One thought on “Little Boxes All The Same”