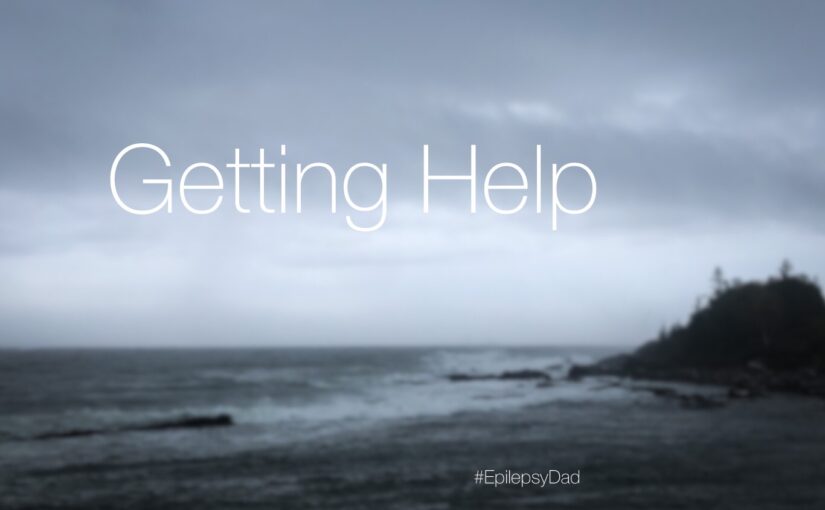 I’ve been thinking a lot about change lately. So many things have changed for my family in the past year…my son is in a new school, we moved to a new house in the suburbs, and I started a new job. But as wonderful as those things are and as grateful as I am for them, they come after other changes that I have made in my life since my son was diagnosed with epilepsy.

Early on, it was clear that nothing could have prepared me for how my life would change after my son started having seizures. We all come into relationships as works-in-progress, and we bring into every relationship the good and the bad. We bring our hopes and our fears, our strengths and our weaknesses, our inspiration and our trauma. When a crisis comes, we fall into our old patterns and habits to deal with the situation and to survive, even if what helped us in the past won’t help us with this situation.

My old patterns were to disappear, get small, and internalize my feelings. But when I would internalize my feelings, I would leave my wife and son feeling isolated and abandoned. That was especially true for my wife, who was in the same position I was trying to deal with our son’s condition. My disappearing meant we were both dealing with the situation alone rather than together. We drifted further apart when we needed to be closer together. We went from dealing with my son’s diagnosis and the fear of losing him to also losing each other.

Far too late into our journey, and mainly at my wife’s insistence, I realized that I needed to change how I was dealing with (or not dealing with) our situation, so I took the first step.

There is a stigma around seeking counseling or therapy, particularly from men. We think we can muscle our way through and figure anything out. But that attitude does more harm than it does good.

I’ve had a mixed relationship with therapy over the years. When I was in my twenties, I tried seeing a therapist, but I wasn’t ready to deal with my issues and the provider wasn’t a good fit, so I stopped. Years later, my wife and I had a few weeks of premarital counseling, and we also saw someone together a few years after we were married. But, even as the relationships around me were getting worse, I never considered addressing my own mental health.

By the time I did, so much damage had already been done. I was anxious, I wasn’t sleeping, and I was depressed. My relationship with my wife was highly tenuous because we didn’t have one outside of helping our son survive, and even there, she did most of the work while I just went to work.

It’s not easy. There were aspects of my past that I had never fully acknowledged or addressed. And it’s not quick. I’ve been working with a therapist for years. People are messy, and it’s a journey to unravel that mess. But I’ve seen how the work has improved my life and the relationships with the people around me. That includes my relationship with my wife, my son, and myself.

With any chronic condition, especially one that is in your face every day, it can feel like that only way to deal with it is to escape. But these changes made me realize that the way to deal with life isn’t to run away from it but to be more present in it. It can seem counterintuitive, especially as I’m watching my son have another seizure on the monitor at 4AM day after day. But running away from it doesn’t fix anything. It only does more damage.

Being present doesn’t fix everything, either. My son still has seizures. Life is still stressful, especially during the pandemic. We’ve still got many of the fears and concerns about my son and his future. It’s still a lot of physical and emotional work to get through the day. But the difference is that by being present with both my wife and my son, we’re doing it together.

One thought on “Getting Help”