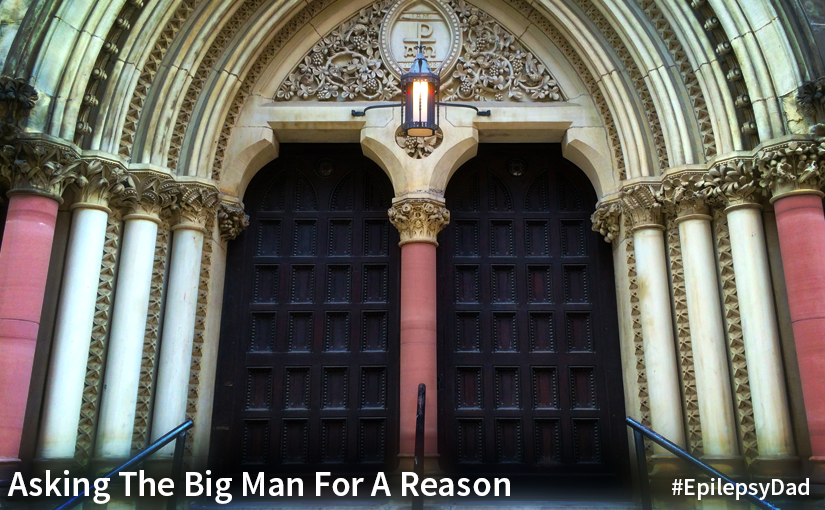 Most nights, I ask God why this is happening to my son.

We knew this was coming. Our neurologist has been mentioning the new medicine for weeks now. We had hoped that, as we weaned off the other medicine, that the diet would have done more. But as his nighttime seizures increased, we slowly started to accept that the diet and the medicine that he was still on wasn’t doing enough. In the end, we opted to give him the new medicine, and his first dose was last night.

My wife is out of town, so it was just me and my son. After I triple checked the literature to check how much to give him, I cut the pill, placed it on the counter, and watched him place it, along with his other pills, in to his mouth, grab the water, and swallow the lot.

We won’t know whether the medicine will work or not for at least weeks, and he won’t be up to the target dose for months. That is, unless the side effects kick in, which would mean we have another set of problems to worry about. But maybe this will be the first medicine out of the 7 we have tried that he won’t have an adverse reaction to.

I still thank Him. What is happening to my son is a terrible thing. Like many parents, if I could take this burden from my son and bear every seizure instead of him, I would. Unfortunately, it doesn’t work that way.

But even as I question the reason that this is happening, even as I wonder why this is part of His plan, and even though I wonder how He do this to a child, even though He may never answer, I still thank Him for the gift that is my son.