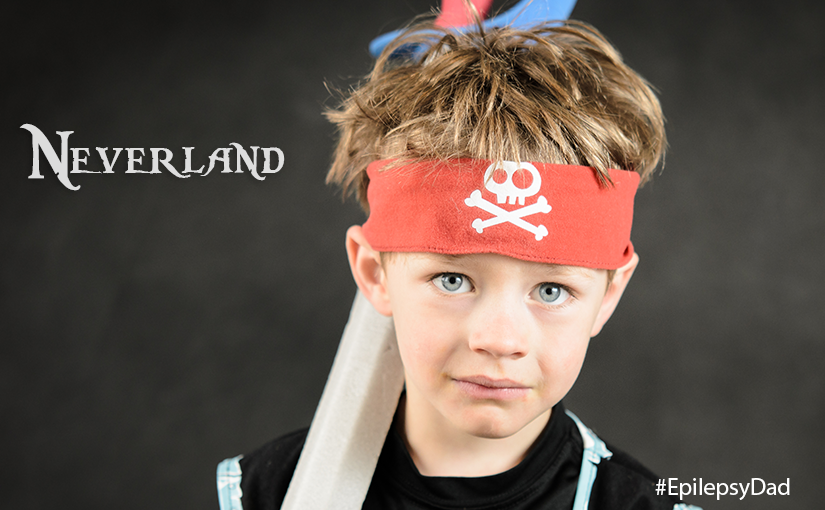 Early in the morning, my son had a seizure. As his body tensed and contorted, his lungs expelled air through his vocal chords. The sound it made traveled between the open door of our rooms and woke me up.

I pulled off my covers and made my way into his room. He had sat up, but he was already making his way back on to his pillow. Standing at the head of his bed, I reached my hand through the slats and stroked the top of his head. I whispered to him that he was going to be okay and that he should go back to sleep. He eventually did, so I returned to bed.

I checked the clock. There might have been enough time for me to fall back to sleep, but it was also close to the time that I needed to wake up. While I pondered what to do, I stared at the screen of our monitor. My son was asleep, with a blanket draped over him and his two fingers that he still sucks in his mouth.

My restless, exhausted brain started to drift. Someday, I thought, he’s going to grow up. Instead of the sound of a child, I will hear the deeper sound of a young man echoing through the hall. I shuddered at the eventuality and gave up on the idea of going back to sleep.

I started to think about what else was going to change but stopped myself. I see the boy on the monitor and can’t think of him being anything else. If I knew where Neverland was, I would take him there so that he would never have to grow up.

In Neverland, he could stay the boy who sleeps in our bed when he is sad or afraid. The boy who sits on my lap when he needs to be held. The boy who looks at the world with wonder and compassion. The boy who doesn’t feel the pressure of the adult world. The boy we can shield from how ugly that world can be.

I want to keep him at this age because it’s only going to get harder for him. He’s going to start questioning his value and his worth. His gentle soul and open, hopeful, dreaming nature will be tested, as will his belief in magic and possibility. I don’t want him to ever doubt that he can fly because the moment he does, he will cease to be able to do it.

I know that instead of wishing for him to not grow up, my responsibility is in preparing him for the world. Instead of trying to keep him young forever, my job is to help him grow in a way that encourages the magic inside him. Instead of losing it, it will be what helps him believe that he will always be able to fly. But I thought we would have more time before the real world penetrated our existence. Maybe I thought it would never happen.

When Peter invites Wendy to forget everything and join him to live in Neverland and to never grow up, Wendy answers “Never is an awfully long time.”

I stared at the monitor and thought that “never” was not nearly long enough.