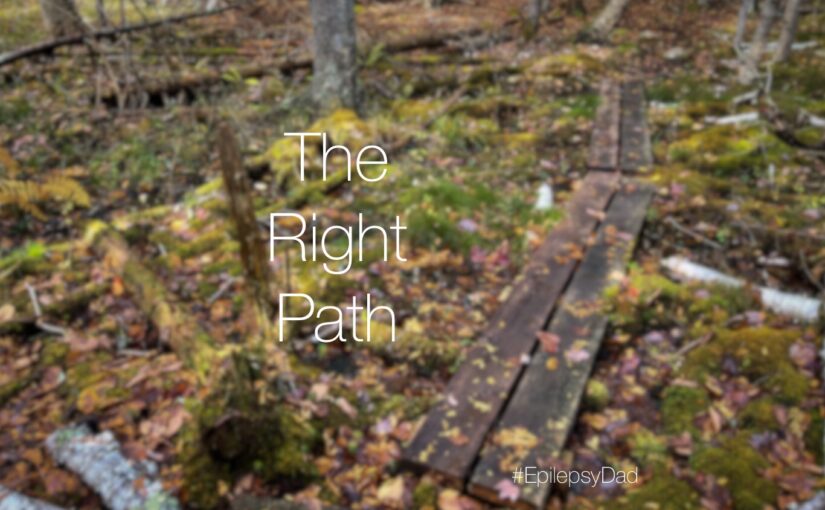 I spend a lot of time wondering how I am doing as a parent. I often feel like I’m focused on correcting and not always celebrating behavior. Rather than settling into a positive, I stay on guard and wait for the next negative. When I focus on the negative, it often becomes the only thing I see. But every once in a while, my son will do something that gives me enough pause to reflect on where he is and where I am as a parent, and it makes me feel like I’m doing okay.

For the past few months, my son has been obsessed with AirPods. My wife and I both have a pair, but my son had been using his tired over-the-ear headphones. We eventually got him an inexpensive knock-off set of earbuds to try out. They were red and came in a case that lit up, and he liked them, joining the “What?” crowd that comes from talking to someone who has earbuds in their ears that you can’t see. As much as he liked them, he still had aspirations of getting a set of authentic AirPods.

A few weeks ago, my wife and son met up with my son’s friend from school and his family at one of those arcades that also has laser tag and go-karts. Another thing the arcade had mixed among the video games was claw machines.

We love claw machines. There’s a hotel we stay at in the mountains that has a small arcade in the basement, and we’ve spent more time and money on those claw machines than the other games in the arcade. There was a claw machine at the Walmart near my parents’ house in Florida that we would hit regularly. Basically, if we are anywhere with a claw machine, we’ll play it.

My wife is the Queen of the Claw Machines. I’m pretty sure she is the one that got us hooked. If there was such a thing as a professional claw machine player, my wife could go pro. She also has a natural feel for it. Me, I have to look at the machine from different angles to line up my approach. Sometimes I’ll do the same for my son. I try to get the claw in the correct position, checking from the top and both sides, before giving him the nod. We’ll watch the claw slowly lower and grab our target and hopefully carry it over the prize chute.

At the arcade with his friend, my son played the role of a spotter. From the side of the machine, he called out instructions while his friend commanded the control stick to navigate the claw over the prize. Once it was lined up, his friend pushed the button to release the claw. They watched as the claw lowered and came to a rest before lifting upward. The moment of truth with a claw machine is on the rise, seeing if the claws can wrap themselves around the prize.

The next test is whether the claws have a firm enough grip to withstand the shaking when they reach the top and then jerkily slide over the chute. Between the shaking and the elevated chute designed to knock the prize out of the claw, even second of that journey is tense and often leads to heartache.

The boys watched as the prize made it safely through each obstacle and came to a stop over the chute. The claws loosened and released their grib on the small white box. Excitedly, my son’s friend reached his hand into the collection box and pulled out a new set of AirPods.

The details of what transpired next are fuzzy, but my son’s friend said he would give the AirPods to my son. It was such a sweet gesture, but I’m sure he really wanted them, too. My wife stepped in and said that because it was his friend at the controls, he should be the one to keep them. I’m sure my son was disappointed, but he didn’t pout or argue or throw a fit. After all that time wanting those AirPods, he was just happy for his friend.

I wasn’t there, but my wife and son relayed the story to me that night. I suspect there was still a tinge of disappointment inside, but my son was still happy for his friend and proud of his role in winning the AirPods. When it was time to get ready for bed, he popped in his red knock-off earbuds and pulled up Spotify. I could hear him singing as he brushed his teeth, the pitch of his voice muffled as the toothbrush changed the shape of his mouth.

As much as I want him to have everything, it’s these moments of unguided generosity and empathy and friendship that reveal the kind of child that we are raising. I sat with that feeling as long as I could, alongside my wife, who was equally as proud of him as I was.

We never know how things are going to turn out, the only thing we have is now. And, in that moment, it felt like we were doing okay.

When we went upstairs, he way lying in his bed. I said something to him that he didn’t hear, and he pulled out one of his earbuds.

“What?” he asked with a smile.