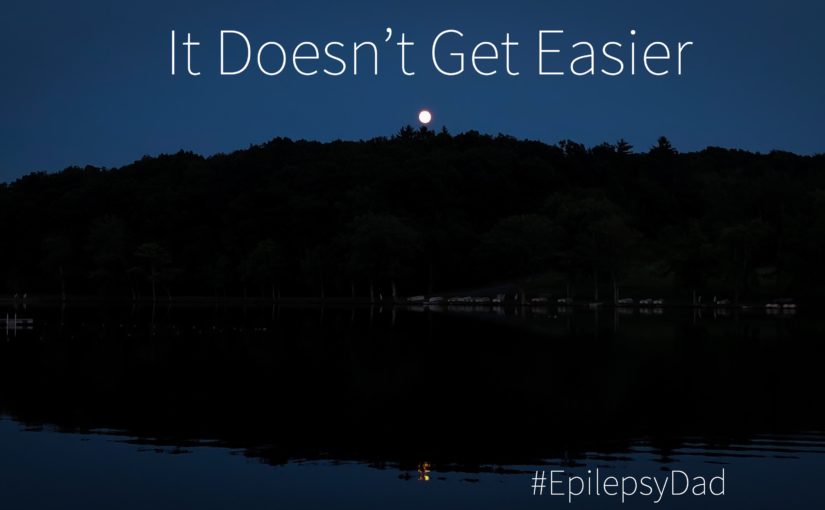 It was pitch black in the cabin as I laid in the bed next to my son. I was asleep but found myself instantly awake, alert and staring up towards the ceiling the ceiling. There was no movement and no sound, but I knew what was coming. The reason that I was awake was that my son started to have a seizure. That initial moment when my son’s body tightened was enough to pull me from my sleep. What came next was the rhythmic tensing of his muscles and the accompanying moaning as the air was expelled from his lungs and crossed his vocal chords.

I turned to him the same way I always do and told him he was going to be ok. I rubbed his back and head until the seizure passed. Then I rearranged his body that had shifted during the seizure so that his head rested on the pillow so that he could return to sleep.

Some nights, these seizures seem so routine that I can easily fall back to sleep, too. I switch on my autopilot and replay the same actions to comfort him and reposition him in bed. Once he is sleeping, my autopilot guides me safely back to my own dreams.

The night in the cabin was not one of those nights. Instead, I laid in bed next to my son and felt a rush of sadness wash over me. In the four years that he has been having them, I have seen hundreds of seizures. Including subclinicals, he’s had thousands. Seizures and epilepsy are intertwined with every decision we make. We’ve been living with them so long that I thought it would get easier to see them. But it hasn’t. Each seizure brings me back to that first one. Those feelings of helplessness. They’re still there.

It’s hard to not watch my son struggle and feel sad. As he stumbles over words to find the one he wants, it tears me up inside. I want to help him. I want to make it easier. I want to say the word for him so that he doesn’t struggle. But I know that he needs to find it himself. He needs to practice. So I smile and wait for him to find that word and try not to let my face betray the emotions I feel inside.

It doesn’t get easier. Not really.

4 thoughts on “It Doesn’t Get Easier”